Awhile back I wrote about how we kill squirrels, ruthlessly, on our farm. So in contrast to that post I would like to also show a softer side of the farm…the saving kittys side. It was a nice sunny afternoon, and after a long time of rain rain rain, we were glad to finally get some work done. Dad and I were out in the shop figuring out a few things when we heard a small “Meow” coming from the wall that is between the shop and our lean two. Then we heard some small paws scratching, very little paws. Sure enough a little kitty had fallen two stories down into the space between the two outbuildings, and not in a very convenient place at all. Dad looked at me, and said, “Brenda we don’t have time to save kittens today, I’m sorry we have too much to do right now!” It sounded so sad in there, and I knew it would die if we didn’t do something (maybe a little Fire Fighter Save the cat out of the tree came over me), so I opted for logic over emotion on this one. “Dad if it dies in there, it’s going to smell so bad, and then we are going to have to tear the wall apart looking for the thing because we wouldn’t be able to hear it. At least right now we know where it is. I’m sure it won’t take long…” Little did I know that two and half hours later the kitty’s fate would be decided…

So what could possibly make this kitty rescue take this long, well because to get the dang thing out we had to first remove a side of the tin from the shop. Tin that has been there for quite a while and was held on by some nails that didn’t really want to go anywhere fast. We had to make time for dad to smash his head into a doorway, and then of course we had to go through about 50 different tools to try to chip away at the wood that was blocking her exit. I’ll tell you what though, the moment we got the tin off and could see that little kitty’s face and tiny little paws something flipped in my not so heartless father, “We’ve got to save that kitty Brenda!!” 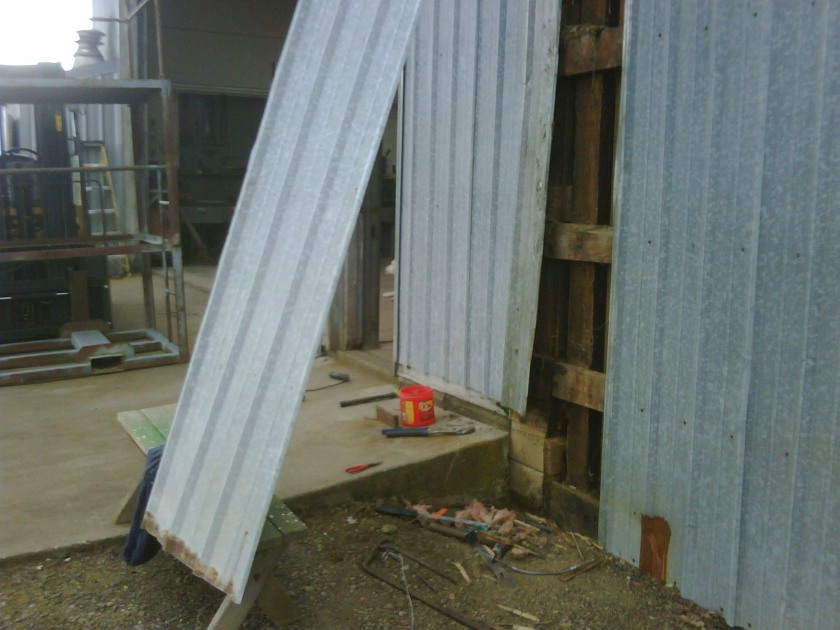 So after we realized that our hands and arms were too big to reach we called up one of our worker’s daughters, skinniest arms I have ever seen! She came to mission “Kitty Rescue” right away and we really thought we had a chance. She was tiny, and ready to get out of there, but she was also quite chubby and in a sort of Winnie the pooh fashion kept getting her belly stuck. So we would chip away more wood from the base boards and studs (pretty sure in a big wind storm we may regret ever helping this dang kitty when we see the building go down haha!)

By then my mom had shown up and was the kittty’s cheerleader, “Come on kitty, you can do it!!” She was chanting as we all watched in anticipation! Finally after a long afternoon and with a shop wall just about torn apart, the kitty was free!!! We all high fived and it was like something completely crazy had come over us, we had just saved a life! I know it sounds corny and when you think about it, it really was super corny. But if you had been there, I’ll tell you what, you would have been high fiving and hugging with the rest of us. One of those moments that you just get caught up in I suppose. We’ve since patched the kitty chute hole and hoping this never has to happen again, but glad that in the end, it was a very good afternoon and just another unexpected day on the farm! 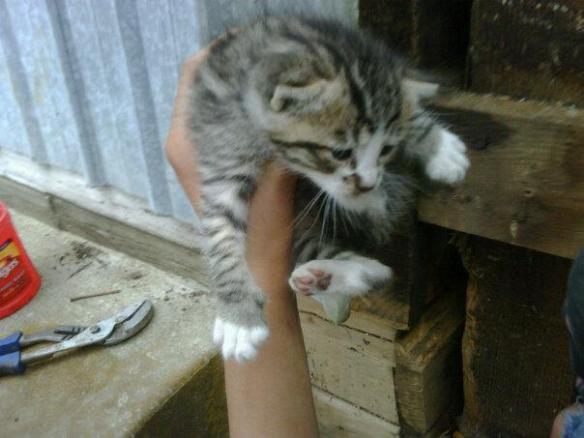 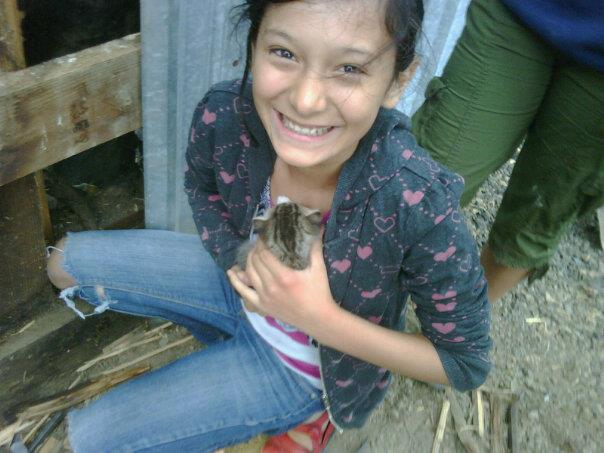