Our family said goodbye to our dog Diesel on Saturday.  The 15 year old pup just didn’t have it in him for one more winter.  Although I can about guarantee the sucker would have lived for another year or maybe forever.  Only he wouldn’t have done it because he wasn’t in pain, he wouldn’t have done it because his quality of life was great, he would have done it for us because he knew he had become a part of us and a big piece of our growing family and saying goodbye was about too tough to imagine.

Diesel playing with Matt and Hoot on Saturday, never wanting to be away from the action.

Matt got the Chesapeake puppy Diesel, or officially “Dirty Rotten Diesel” for a hunting dog in 2000.  My father in law will tell the story of “D” howling the entire 6 hour trip from southern Oregon to his new home.  Then preceding as a 9 week old puppy to try and attack Matt by going straight for his jugular.  This would not be the last time his killer instincts came out.  He was a tough dog, one that would protect his family with all he had, and one that did what he wanted…sometimes I think he was the biggest pain in the ass dog that will be missed so greatly it doesn’t make sense…then it does.  Because in the end he was a just a lovable dog. He calmed down in his older years, and became that dog that wouldn’t let you go by him without a pet on the head.  He was the dog that would walk right under your hand so you had no choice but to pet him and give him love.  He would bury his head in your lap and just show how much he cared.

He also loved wine…so he was a dog after my own heart.  And you couldn’t keep him away from tomatoes from the garden.  He was a dog that actually smiled (see photo below) when he saw you and lately slept most of his days away. 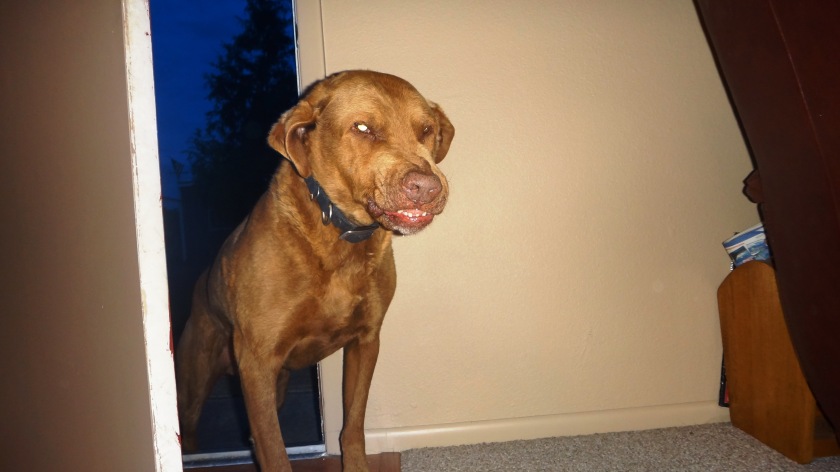 Before all this softy stuff though he was a heck of a hunting dog.  A fierce swimmer who would sit in freezing cold water with Matt just waiting for his gun to fire so he could perform.  He was the dog that would see his dad in camo and gun in his hand and start to go nuts because he knew he was going to have the best day out hunting.

When he started to slow down we started a yearly tradition of hunting Christmas Day with the old boy. It was when hunting for him had become too big a job, but something he loved so much we had to do at least once a year.

In his later years when he was too old to hunt Matt would have to sneak out of the house, put his camo on outside and make sure Diesel didn’t see his gun.  Because even when he was deaf, his eyesight was failing and couldn’t walk very well, he never stopped wanting to go jump in that water and chase those birds.

15 years is a long time and it will take awhile before walking out and looking into the kennel won’t feel like a part of our family is missing.  Hoot walked out today and looked at me asking, “Doggie?” It breaks my heart all over again and even as I write this I can’t help but cry and wish he was still here.  But then I remember that he’s not too far away, laying to rest overlooking our duck pond where he’ll be watching over as the birds come to land every year, peacefully sleeping away.  Plus all the stories that a dog like Diesel will forever bring up, he will be remembered for a  long time.  I cleaned up his dog dish today and put it away, until the next hunting dog comes to join our family.  He will have big paws to fill though, big, curly haired, mean, kind, gentle, fierce and loyal paws. We will miss you D, thank you for being such a great dog for so many great years. 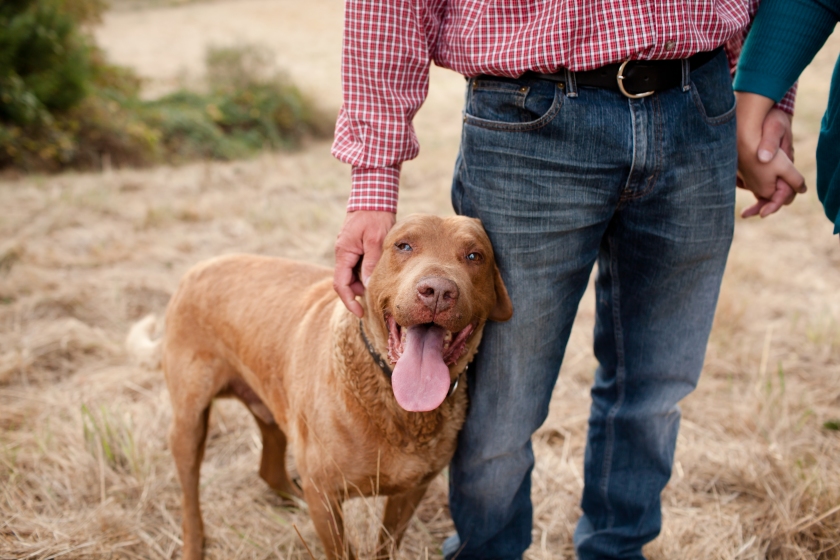 5 thoughts on “Goodbye to Diesel”