The big news today from the Capital might seem bigger than normal; today all Republican Senators are nowhere to be seen.  They have walked out in a last ditch effort to stop not only an unconstitutional bill, but one that would devastate Oregonians.  I’m talking about House Bill 2020 regarding Cap & Trade.  You can read more regarding my concerns with this bill here.  And what this bill will cost you as an Oregonian here. 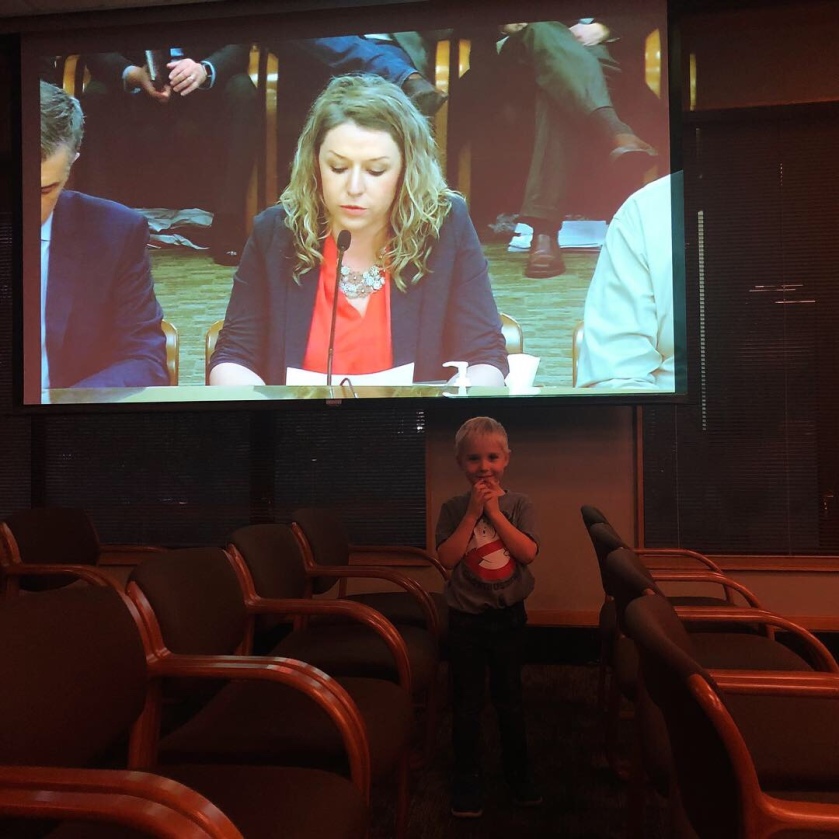 I testified against this bill in the very early stages of session.  Now, as the end of session is looming, the stakes, along with blood pressures, are rising, and the hope that voices are heard seems to be a pipe dream.  The lack of communication and team work around this legislation is part of why I am supporting our senators.  Not to mention, Senate Republicans standing up and saying that they won’t comply with an action that is clearly unconstitutional (trying to avoid 3/5 vote requirement) is something worth a “walk out”.

This isn’t the first time this has happened, it isn’t even the first time it’s happened this session actually.  Historically though it is interesting to note that In 2001, House Democrats, then in the minority, walked out for a partisan political issue.  While Senate Republicans today have left in an effort to protect our economy from the disastrous deal on cap and trade, in 2001, Democrats left simply to give themselves a political advantage.

The Democrat walk out in 2001 was very important however….if it weren’t for their walkout then, we very likely wouldn’t have had a walk out today.  Their walk out changed the course of our state in a way that benefited only the Democrats.  They circumvented the political process that would have allowed the House and Senate, then controlled by Republicans, to pass a redistricting plan.  Because they walked out, the Democrat Secretary of State crafted one of the most politically motivated redistricting plans possible, allowing Democrats to take control of both chambers.

Governor Kate Brown, who in 2001 was Senate Democrat Leader, called the House Democrats’ actions “very appropriate under the circumstances.” She continued, “Under certain circumstances, it’s fair to say we would use all tools available to us, and stage a similar boycott.”

Senator Mark Hass at the time said, “I don’t think standing up for fairness and protecting the constitution is something we need to hide from.”

If Democrats thought it was justified for their colleagues to walkout over a partisan political battle, surely they should support Republicans walking out to protect Oregonians from the illegal passage of the cap and trade bill that will destroy the economy of our state.

And as an Oregon farmer and business owner I am in full support of the walk out!  It may just seem like the drama just started, but believe me when I tell you that this story is longer than just today, and longer than just the 2019 session.  This bill is clearly an illegal tax-raising measure (trying to do so without a super-majority vote), Democrats have done everything possible to circumvent the process and in the process have left the hands of Republicans tied.  The only thing left to do was walk out.

3 thoughts on “Why I’m Supporting the Walk Out”