I am basically the world’s worst hunter, just ask my husband.  For one, I don’t have a whisper volume, when I try to whisper it comes out sounding like a whisper only it’s the same volume as if I was actually speaking.  Then I also am a “loud” walker, which before trying to walk quietly in the woods with my husband then boyfriend did I even know that walking volume existed.  So in summary I’m just a loud human, which in the end is not a good thing for sneaking up on animals.

So…because of this the good outdoors man and myself have found a compromise.  Basically we only do outdoor activities like hunting in situations where I can just talk at my normal volume and I don’t have to be expected to “try to roll from your heal to your toes while walking, and for goodness sakes are you trying to step on every stick in the forest?!”

Out to the river we go!  Here in Oregon you can shoot deer off the river, we sit in a lovely boat and go for a nice drift downstream checking out the scenery and looking for deer. 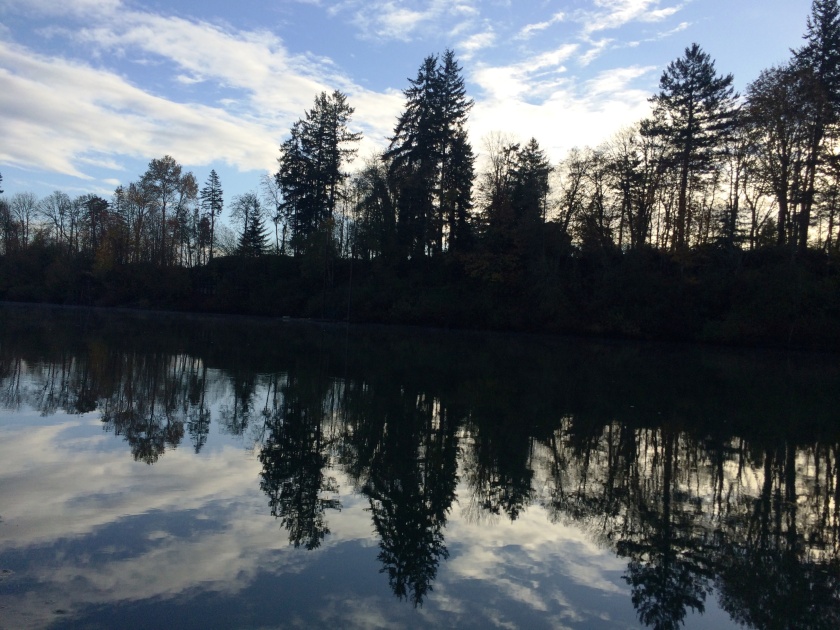 I’m also really bad at spotting things, so when I asked if I could take a nap since I see just as much with my eyes open as my eyes closed my loving husband agreed.  It was a bit chilly but I was prepared, another thing I’ve learned, the more clothes the better you can always layer off if you need to! 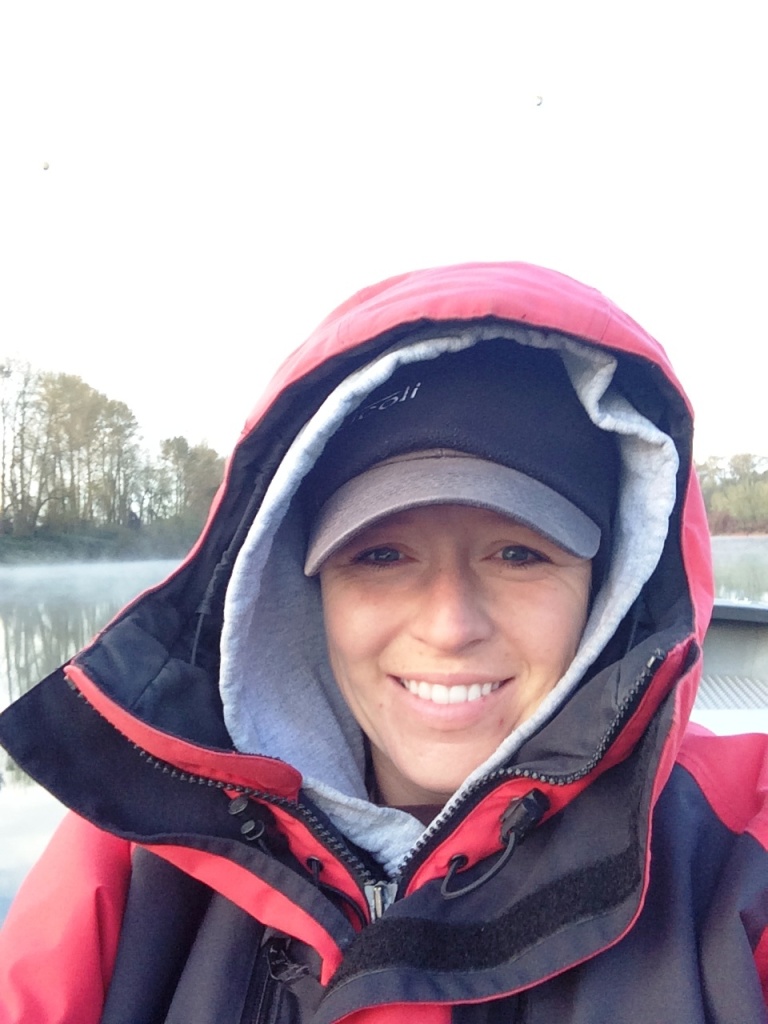 We didn’t have too much luck.  Saw a lot of does but no bucks.  We’ll keep trying and I’ll keep enjoying my loud hunts on the river spending time with my guy.

There is one thing on the farm that can stop all progress. It doesn’t matter what you’re doing, or how important it is, nothing takes precedence over the chance for a SQUIRREL HUNT! We fight squirrels all year long. They are always running around, stealing nuts (crop) from our orchards, digging holes everywhere and in general being a huge nuisance. I will say that they do have a sort of natural appeal that people like. Loyola Marymount University is a great example of how a good “natural” animal can become a huge

nuisance! I went there for undergrad and it was rumored that they imported squirrels on to campus to bring a more natural feel to the place. They ended up completely taking over, apparently they didn’t figure on all the reproducing these things would do while hanging out and getting fed by college students. They became such a big issue my sophomore year I thought about appealing to get some hunting permits. One of my neighbors actually had a break in one day, I heard the screaming and came running. She was outside her room yelling that a squirrel had broken into her room and was ravaging the place. We waited until the commotion in the room settled before opening the door. The place was ransacked, and after the darn thing eaten all the Oreos she had stored in her dorm, it left little squirrel prints all over her homework, bed, and desk.

But all that aside, let’s just say that I have no real emotional attachment to these danged beasts. So today when I saw my dog Yukon take off out of the garage at Mach 4 all I had to do was yell “Squirrel!” and the chase began. Dad jumped to attention and ran to grab the shotgun. I watched as Yukon chased it up a tree, he sat below barking like crazy. I kept a close eye on the tree waiting to see where the thing was headed, as dad went running out the door shotgun in hand. At this point Yukon was having no part of the deal, he was a city dog for a few years and subsequently is now gun shy, so he crawled back into the garage, leaving this squirrel fight to the professionals (I mean my dad and I). So I was yelling from the house directions on where this monster was hiding on our giant black walnut tree outside. When I decided to head out there, because 4 eyes are better than two; however I did not grab a gun, when you’re running in circles around a tree really only one gun is better than two!

It took some doing, about 4 times running around the tree and finally dad could get a shot at the tail, it was a long shot, but he did it, BLAM! Another one hits the dust! This may sound a little redneck…well probably because is a little redneck. But who else can say that squirrel hunting trumps all other work while on the job?! Another good day to be a farmer, or just a country bumpkin!